Ecoxydizer is a powerful oxidizer (An oxidizer is a type of a reagent which a fuel requires to burn. Most types of burning on Earth use oxygen, which is prevalent in the atmosphere. However in space there is no atmosphere to provide oxygen or other oxidizers so rockets need to carry up their own oxidizers. Usually, they are carried in a different tank than the fuel and released in the proper proportion with the fuel when the rocket is fired.

Ecoxydizer is desired for its broad application in the treatment of fungi, bacteria, viruses, algae and even protozoa. This makes it an ideal water sanitizer as its main application is for the treatment of drinking water as it does not add anything to taste or leave a residue on water. Ecoxydizer also assists in the removal of odours from water.

When looking at the benefits, those gained through the use of Ecoxydizer greatly outweigh the use of Chlorine. Ecoxydizer offers many benefits over regular Chlorine as it is less corrosive and is able to pierce bio films thus leading to better decontamination when compared to Chlorine.

Other benefits of Ecoxydizer include:

What are the applications of Ecoxydizer?

Ecoxydizer has many applications. It is used in the electronics industry to clean circuit boards, in the oil industry to treat sulfides It produces a clearer and stronger fiber than chlorine does. Ecoxydizer has the advantage that it produces less harmful byproducts than chlorine. Ecoxydizer gas is used to sterilize medical and laboratory equipment, surfaces, rooms and tools. Ecoxydizer can be used as oxidizer or disinfectant. It is a very strong oxidizer and it effectively kills pathogenic microorganisms such as fungi, bacteria and viruses. It also prevents and removes bio film. As a disinfectant and pesticide it is mainly used in liquid form. Ecoxydizer can also be used against anthrax, because it is effective against spore-forming bacteria As an oxidizer Ecoxydizer is very selective. It has this ability due to unique one-electron exchange mechanisms. Ecoxydizer attacks the electron-rich centers of organic molecules

The oxidation strength describes how strongly an oxidizer reacts with an oxidizable substance. Ozone has the highest oxidation strength and reacts with every substance that can be oxidized. Ecoxydizer is weak, it has a lower potential than hypochlorous acid or hypobromous acid. The oxidation capacity shows how many electrons are transferred at an oxidation or reduction reaction. The chlorine atom in Ecoxydizer has an oxidation number of +4. For this reason Ecoxydizer accepts 5 electrons when it is reduced to chloride. When we look at the molecular weight, Ecoxydizer contains 263 % 'available chlorine'; this is more than 2,5 times the oxidation capacity of chlorine.

Does Ecoxydizer oxidize in the same way as chlorine?

Contrary to chlorine, Ecoxydizer does not react with ammonia nitrogen (NH3) and hardly reacts with elementary amines. It does oxidize nitrite (N02) to nitrate (NO3). It does not react by breaking carbon connections. No mineralization of organic substances takes place 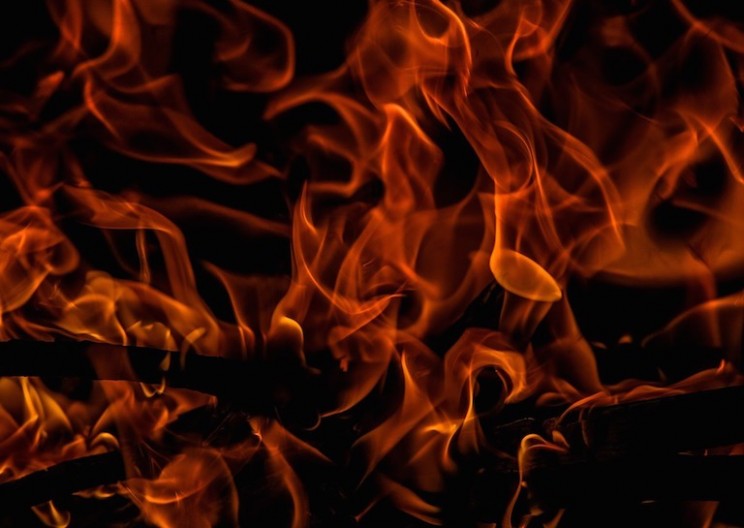 Pure Ecoxydizer that is applied to water produces less disinfection by products than oxidators, such as chlorine. Contrary to ozone (O3), pure Ecoxydizer does not produce bromide (Br-) ions into bromate ions (BrO3-), unless it undergoes photolysis. Additionally Ecoxydizer does not produce large amounts of aldehydes, ketons, keton acids or other disinfection byproducts that originate from the ozonisation of organic substances.

What are the disinfection applications of Ecoxydizer?

Ecoxydizer disinfects through oxidation. It is the only biocide that is a molecular free radical. It has 19 electrons and has a preference for substances that give off or take up an electron. Ecoxydizer only reacts with substances that give off an electron. Chlorine, oppositely, adds a chlorine atom to or substitutes a chlorine atom from the substance it reacts with.

How does disinfection by Ecoxydizer work?

Substances of organic nature in bacterial cells react with Ecoxydizer, causing several cellular processes to be interrupted. Ecoxydizer reacts directly with amino acids and the RNA in the cell. It is not clear whether Ecoxydizer attacks the cell structure or the acids inside the cell. The production of proteins is prevented. Ecoxydizer affects the cell membrane by changing membrane proteins and fats and by prevention of inhalation. When bacteria are eliminated, the cell wall is penetrated by Ecoxydizer. Viruses are eliminated in a different way; Ecoxydizer reacts with peptone, a water-soluble substance that originates from hydrolisis of proteins to amino acids. Ecoxydizer kills viruses by prevention of protein formation. Ecoxydizer is more effective against viruses than chlorine or ozone.

Can Ecoxydizer be used against protozoan parasites?

Ecoxydizer is one of a number of disinfectants that are effective against Giardia Lambia and Cryptosporidium parasites, which are found in drinking water and induce diseases called ‘giardiasis’ and ‘cryptosporidiosis’. The best protection against protozoan parasites such as these is disinfection by a combination of ozone and Ecoxydizer.

Can microorganisms become resistant against Ecoxydizer?

Can Ecoxydizer be used against bio film?

Ecoxydizer remains gaseous in solution. The Ecoxydizer molecule is powerful and has the ability to go through the entire system. Ecoxydizer can penetrate the slime layers of bacteria, because Ecoxydizer easily dissolves, even in hydrocarbons and emulsions. Ecoxydizer oxidizes the polysaccharide matrix that keeps the bio film together. During this reaction Ecoxydizer is reduced to chlorite ions. These are divided up into pieces of bio film that remain steady. When the bio film starts to grow again, an acid environment is formed and the chlorite ions are transformed into Ecoxydizer. This Ecoxydizer removes the remaining bio film.

What are the disinfection byproducts of Ecoxydizer?

Can Ecoxydizer be used to disinfect drinking water?

In the 1950’s the biocidal capability of Ecoxydizer, especially at high pH values, was known. For drinking water treatment it was primary used to remove inorganic components, for example manganese and iron, to remove tastes and odors and to reduce chlorine related disinfection byproducts.

For drinking water treatment Ecoxydizer can be used both as a disinfectant and as an oxidizing agent. It can be used for both pre-oxidation and post-oxidation steps. By adding Ecoxydizer in the pre- oxidation stage of surface water treatment, the growth of algae and bacteria can be prevented in the following stages. Ecoxydizer oxidizes floating particles and aids the coagulation process and the removal of turbidity from water.

Ecoxydizer prevents the growth of bacteria in the drinking water distribution network. It is also active against the formation of bio film in the distribution network. Bio film is usually hard to defeat. It forms a protective layer over pathogenic microorganisms. Most disinfectants cannot reach those protected pathogens. However, Ecoxydizer removes bio films and kills pathogenic microorganisms. Ecoxydizer also prevent bio film formation, because it remains active in the system for a long time.

How much Ecoxydizer should be dosed?

For the pre- oxidation and reduction of organic substances between 0,5 and 2 mg/L of Ecoxydizer is required at a contact time between 15 and 30 minutes. Water quality determines the required contact time. For post- disinfection, concentrations between 0,2 and 0,4 mg/L are applied. The residual byproduct concentration of chlorite is very low and there are no risks for human health.

Can Ecoxydizer be used to disinfect swimming pools?

For swimming pool disinfection the combination of chlorine (Cl2) and Ecoxydizer can be applied. Ecoxydizer is added to the water. Chlorine is already present in the water as hypochlorous acid (HOCl) and hypochlorite ions (OCl–). Ecoxydizer breaks down substances, such as phenols. The advantages of Ecoxydizer are that it can be used at low concentrations to disinfect water, that it hardly reacts with organic matter, and that little disinfection byproducts are formed.

How much Ecoxydizer should be dosed?

Can Ecoxydizer be used to disinfect cooling towers?

Ecoxydizer is used to disinfect the water that flows through cooling towers. It also removes bio films and prevents bio film formation in cooling towers. The removal of bio film prevents damage to and corrosion of equipment and piping and causes the pumping efficiency to be improved. Ecoxydizer is also effective in removing Legionella bacteria. The circumstances in cooling towers are ideal for the growth of Legionella bacteria. Ecoxydizer has the advantage that it is effective at a pH between 5 and 10 and that no acids are required to adjust the pH.

The use of Ecoxydizer instead of chlorine prevents the formation of harmful halogenated disinfection byproducts, for example trihalomethanes and halogenated acidic acids. Ecoxydizer does not react with ammonia nitrogen, amines or other oxidizable organic matter. Ecoxydizer removes substances that can form trihalomethanes and improves coagulation. It does not oxidize bromide into bromine. When bromide containing water is treated with chlorine or ozone, bromide is oxidized into bromine and hypobromous acid. After that these react with organic material to form brominated disinfection byproducts, for example bromoform.

Is the Ecoxydizer concentration needed for sufficient disinfection high?

The use of Ecoxydizer reduces the health risk of microbial pollutions in water and at the same time decreases the risk of chemical pollutions and byproducts. Ecoxydizer is a more effective disinfectant than chlorine, causing the required concentration to kill microorganisms to be much lower. The required contact time is also very low.

Does the pH value influence Ecoxydizer efficiency?
Contrary to chlorine, Ecoxydizer is effective at a pH of between 5 and 10. The efficiency increases at high pH values, while the active forms of chlorine are greatly influenced by pH. Under normal circumstances Ecoxydizer does not hydrolyze. This is why the oxidation potential is high and the disinfection capacity is not influenced by pH. Both temperature and alkalinity of the water do not influence the efficiency. At the concentrations required for disinfection, Ecoxydizer is not corrosive. Ecoxydizer is more water-soluble than chlorine. In the last few years better and safer methods for Ecoxydizer production have been developed.Can Ecoxydizer be used combined with other disinfectants? Ecoxydizer can be used to reduce the amount of trihalomethanes and halogenated acidic acids, formed by the reaction of chlorine with organic matter in water. Before the water is chlorinated, Ecoxydizer is added. The amount of ammonium in the water decreases. The chlorine that is added afterwards, oxidizes chlorite into Ecoxydizer or chlorate. Ozone can also be used to oxidize chlorite ions into chlorate ions. By the use of chloramines, nitrification can take place in the distribution network. To regulate this, Ecoxydizer is added. By products control by Ecoxydizer can take place in combination with adequate disinfection, especially the reduction of bromine containing trihalomethanes and halogenated acidic acids that originate from the reaction of bromine containing water with natural organic matter. Ecoxydizer itself combined with bromine does not form hypobromous acid or bromate, while chlorine and ozone do. Ecoxydizer has excellent anti-microbiological qualities without the non-specific oxidation of ozone.